My November 30 blog post reported on my recent heart failure and hospitalization. At the end of the post, I invited readers to contribute their comparable experiences and insights. The responses were the most numerous to any post in the past four years: three dozen written replies from subscribers, plus two dozen spoken comments conveyed by retirement-community neighbors.

Since an anchoring purpose of the blog has always been to stimulate elder conversations about issues of common interest and concern, I’d like to share with you the main dimensions of this feedback. To let respondents speak for themselves, I’ll quote key excerpts from their messages. To respect their privacy, I’ll keep those comments anonymous. As I move through this synthesis, I’ll insert some attempted clarifications of my own perspective and takeaways.

Several friends wrote to sympathize with Nancy and me for what they interpreted as an excruciating medical marathon. Here are two representative sentiments:

Let me emphasize how grateful I am for this heartfelt sympathy, especially coming from cherished friends. But I’d also like to reaffirm that, for both Nancy and me, this hospitalization was an overwhelmingly positive experience. True, I was lucky not to suffer any pain throughout. And true, the life-vest drama was stressful while it lasted. But that was only five flapping minutes within a hospital stay of over two weeks. What I was trying to underline in my post was the quality and compassion of the medical care I was receiving; and how we both attempted to make the best of a challenging situation by practicing respectful cooperation, patience and effective self-advocacy.

Readers communicated their empathy by citing their own heart-problem histories.

I received several similar accounts. Two things struck me about this array. We all seem to be acquiring and spouting technical medical vocabulary. I wonder if this helps us to demystify an intimidating health-care experience?  And I recall one of my cardiologists informing Nancy and me that atrial fibrillation affects fully one in eight Americans – women as well as men; youths as well as elders. Why had I never comprehended the scope of this epidemic?

While respondents appeared to consider our heart problems similar, their ratings of hospitalizations were widely disparate. The majority had had negative experiences, some positive, and a few both pro and con.

Many respondents’ negative evaluations of hospital management and experiences homed in on treatment delays. In my November post I spoke about my own “go with the flow” approach to scheduling slippages. Nancy recently added her own comment as my accompanying partner.

When I reviewed the batch of predominantly negative comments about respondents’ hospital care, I couldn’t help but notice how some of those criticisms emerged from my friends’ recent experiences in the same hospital where I’d been treated so well. Ironically, it occurred to me that my superior quarters and treatment may have been influenced by my more grave condition. Just qualifying for the Heart Failure Clinic guaranteed me a private room. That said, I would not recommend lobbying for a seventh-floor vista by tip-toeing as close to the fatality brink as I did.

Multiple respondents said they appreciated the transferrable lessons I attempted to extract from my personal hospitalization experience. I had hesitated to draw these inferences, lest blog subscribers considered the distillation didactic and presumptuous. In the end, however, I hoped we can all learn from each other. Most in our age group will be hospitalized sooner or later. In that unfamiliar setting, I’m convinced we can all enhance the quality of care we receive (and even our own healing), by remaining alert, positive, courteous and cooperative patients.

Here’s a sample of respondents’ reactions to my Agile Aging lessons, first generic and then more narrowly focused on recommended self-advocacy. 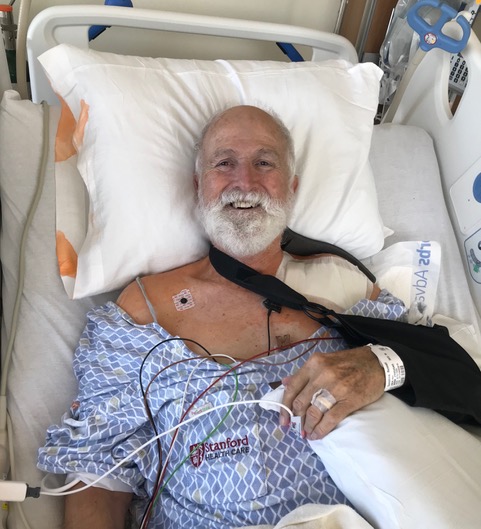 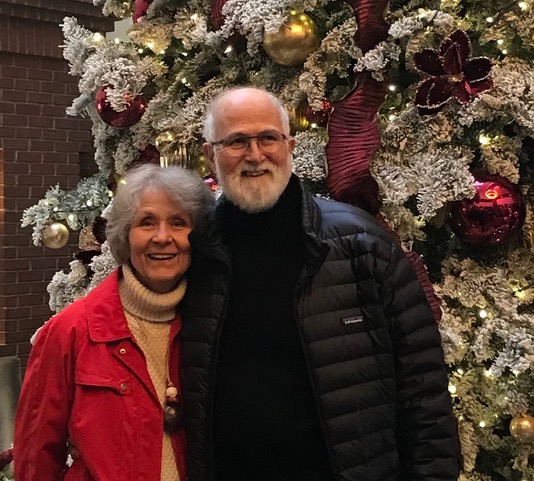 On December 21, I had my latest consultation with my supervising cardiologist, eight weeks after my hospital discharge. His findings were uniformly encouraging. My healing process is on-track, with no negative warning signs. Blood pressure and heart rate look good. My heart-pumping efficiency is back in normal range. No evidence of a-fib racing or fluid congestion. My implanted device is functioning smoothly. Ready for resumption of a full exercise routine. We’ll gradually reduce my medications. Next echocardiogram and supervisory consultation, six months down the road.

I always welcome the end-of-year transition. Tying up loose ends. Reaffirming friendships. Looking ahead with hope. This time my mood is especially thankful. Happy Holidays, one and all.

Sincere thanks to Nancy Swing and Thom Sunshine for their before-and-after photos.