Peer profiles are a powerful demonstration of Agile Aging. These periodic sketches introduce fellow seniors who are offering inspirational examples to the rest of us: innovatively pursuing their passions or resolutely confronting their challenges. Please contribute your feedback to this evolving conversation. Email rbs@agileaging.net.

YESTERDAY
The boy standing below him seemed to personify the layered failures of Monterey County’s juvenile-justice system. Barely 17, this street-scarred veteran was already a gang leader, a violent bully, a convicted felon and utterly without remorse. The boy’s family had brought his grandmother 200 miles from Visalia to Salinas to witness his sentencing. The old woman sat in the front row of Judge John Phillips’s courtroom, dressed all in black. In truth there was no suspense. California’s criminal law left the judge virtually no sentencing discretion, mandating that juveniles be treated as adults for serious felonies. He pronounced long-term incarceration, and the grandmother collapsed. The macho hood burst into tears. John vividly remembers telling himself, “There’s got to be a better way to protect society than warehousing no-hope kids for life.” That gut-wrenching protest germinated his driving passion.

He began formulating an inchoate reform concept during his final years on the Superior Court bench. Intercept kids early before they were permanently trapped between gang coercion, drug dependence and revolving incarceration. Combine basic education with practical skills- training to qualify them for realistic local employment. Locate the program in open space and open air, so city kids could breathe, literally and figuratively. 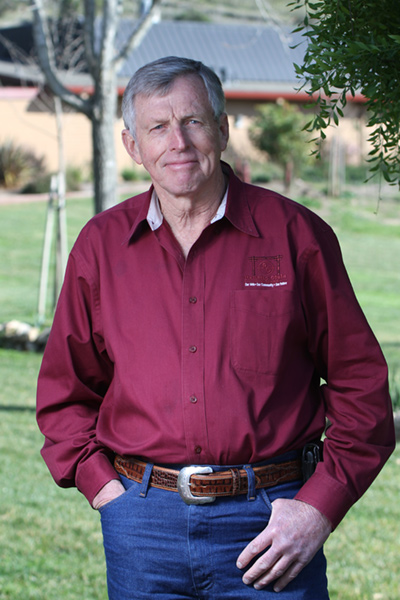 John travelled up and down California to learn from pre-existing youth-offender rehabilitation programs. Two recommendations made an indelible impression. Don’t treat program participation as a mandatory punishment; the bitter kids would only try to escape or sabotage the training equipment. And don’t neglect nurturing the kids’ self-esteem; skills weren’t enough without hope from within.

As he devoted more and more of his free time to promoting this proposal, John’s self-assessment was that he had two main assets going for him. The first was a long roster of connections and relationships with Monterey County’s public- and private-sector leaders. The second was his prior reputation, before elevation to the bench, as a tenacious prosecutor in the District Attorney’s Office. No one in law enforcement could dismiss or disparage him as a bleeding-heart liberal.

With a series of stutter-steps, John tried to pull and push his vision into reality. After organizing the program as a charitable non-profit in 2000, his initial progress was anything but encouraging. Monterey County granted him a lease to an abandoned rural site, but only for 10 years, which proved inadequate to give potential investors confidence. His inaugural board of “Honorables,” high-profile public officials, devoted two years to rolling policy discussions, with little to show for the time spent. John’s informal working partnership with the County Sheriff and Chief Probation Officer generated negligible community support. A feasibility study funded by the Packard Foundation panned the concept as impractical and unsustainable.

John began to achieve some forward momentum by shifting his search for backers to leaders of the Salinas Valley’s agribusiness industry. These pragmatists weren’t much interested in legal reform; they needed trained hires to staff their enterprises. One heartening breakthrough sparked and symbolized the change of pace. Don Chapin, a friend and owner of a local construction company, told him to show up Saturday morning at the leased rural “campus.” When John arrived, he found 75 pick-up trucks, a miniature fleet of bulldozers and back-hoes, and a stretching serpentine of dumpsters. Don had rallied his construction buddies to donate labor and equipment to get the stalled project off the ground. The de facto army cleared 20 years of accumulated detritus that first day. Soon a classroom and gym were being raised, supported by water-and-sewage and electrical infrastructure.

A synergistic boost came from John’s retirement from Superior Court in 2004. At first this sudden transition was paralyzing. After decades of intense professional responsibility, the decommissioned dynamo was restless and unemployed. He tried his hand at private judging but found these hugely lucrative interventions distasteful. His wife Patti said John’s moping was driving her crazy. She encouraged him to rethink retirement as opportunity. Why not utilize his bottled-up energies to get more serious about realizing his vision? Not squeezing in evenings and weekends but working round-the clock? John saw Patti’s point. His paralysis was self-inflicted. Retirement could free him up to shift gears and try to rescue the young lives he’d been locking away. Hope rekindled, the dreamer named his youth sanctuary “Rancho Cielo” (Sky Ranch.)

Obtaining County building and renovation permits remained a protracted struggle. John jokes that he had more red tags (stop-work citations) than any other property developer in the County. But he was stubborn and reenergized. “I wasn’t accustomed to failing.” The idled judge found new purpose as a construction site manager, on the job every day. Soon he was more physically fit than he’d been in years.

Patti managed the office and paid the bills. A shoestring enterprise, the Rancho’s total operating budget for that first year was $75,000. An initial cohort of 13 kids seconded by the County Probation Department divided their campus time between classrooms and work details. When transport from Salinas became a potential deal-breaker, buses removed from service by Monterey Salinas Transit after 300,000 miles of wear were retuned, repainted and recycled. The unfeasible proposal was refuting its sceptics.

TODAY
Fast forward to the present. “The Ranch,” as John prefers to call it, may be Central California’s best-known and most-respected youth center. Sited on a handsome 100-acre campus in the Salinas Valley foothills, Rancho Cielo has secured a 100-year, pre-paid lease from Monterey County. The facility serves 150 teens and young adults at a time, graduating 60-70 every year. (The current student gender ratio is 60% male/40% female.) The Ranch’s three-track learning design combines classroom education, vocational training and individual counselling: 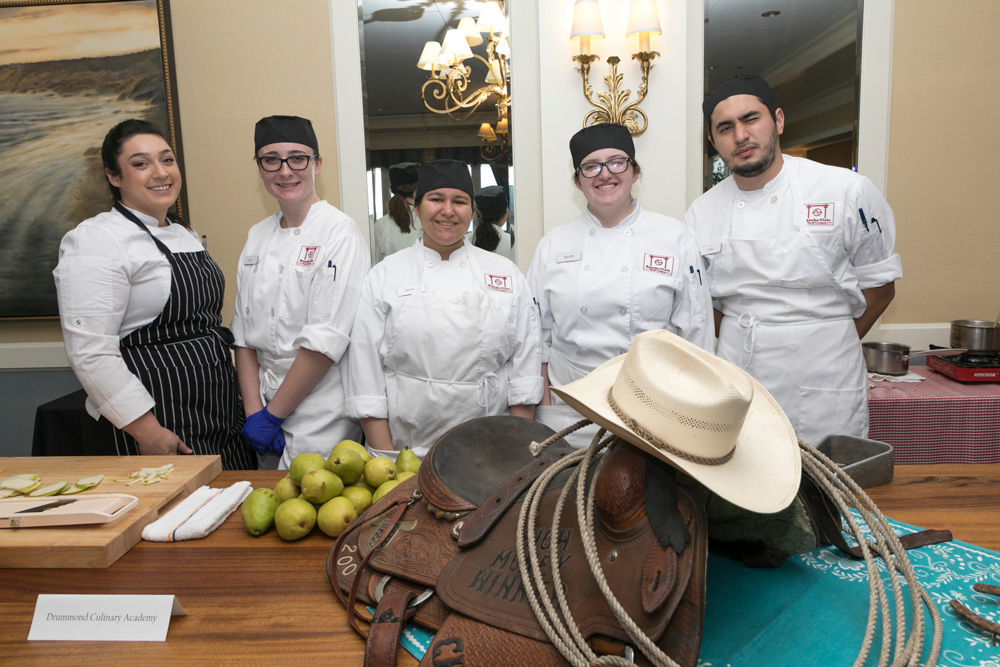 Most Ranch students (all in the Silver Star and Youth Corps programs, half in the Academies) are convicted criminal offenders. Most have failed in the public-school system. Demand for admission outstrips the number of available places. One hundred percent of the students are from low- or very-low-income families. Three-fourths come from Salinas, the balance from around the County. One year after their stay at the Ranch, 80% remain rehabilitated, twice the success rate from incarceration. A Ranch year costs $10,000 per student. A year of incarceration, $100,000.

A year’s enrollment in the County Youth Center, the closest public-sector parallel to the Ranch, is even more expensive than prison: $110,000 per capita. John notes that CYC enrollment dropped by two-thirds over the past eight years, to a large degree because of kids admitted instead to the Ranch. For the individual student, Ranch admission trims 90 days from his/her sentence. For County taxpayers, it saves $100,000 per kid per year.

The conventional wisdom used to be that residents of Monterey County’s prosperous western half, the Monterey Peninsula along the Pacific Ocean, wouldn’t support development programs in its disadvantaged eastern half, the Salinas Valley. The Ranch’s Culinary Academy invalidated that stereotype, overcoming donor hesitation by turning out reliable graduates to staff Peninsula restaurants. This year’s “Culinary-Roundup” fundraiser at the Monterey Plaza Hotel & Spa on Cannery Row netted $400,000 for the Ranch in one evening.

Not all expansion initiatives have been successful. A horse-training program erected on-campus stables, corrals and a show arena but proved too expensive to run. The improvements had to be leased to private parties.

But overall, after a stuttering launch, the Ranch’s survival and stability seem secure. More important, its reputation for quality and positive impact on the County’s juvenile-justice system have been unparalleled. After 15 years as Founding CEO, John has transferred management leadership to a professional team. When he was recently persuaded to run for a seat on the County Board of Supervisors, he and his backers assumed that his 21 years of service on the Superior Court bench would give him name recognition. (Friends and acquaintances still call him “Judge.”) But when volunteers went door-to-door to support his campaign, only 11% of the voters had ever heard of Judge Phillips and fewer remembered what he’d accomplished in robes. When the topic changed to Rancho Cielo, recognition jumped to 89%. The billboards and TV ads were changed the next day. He won in a landslide. 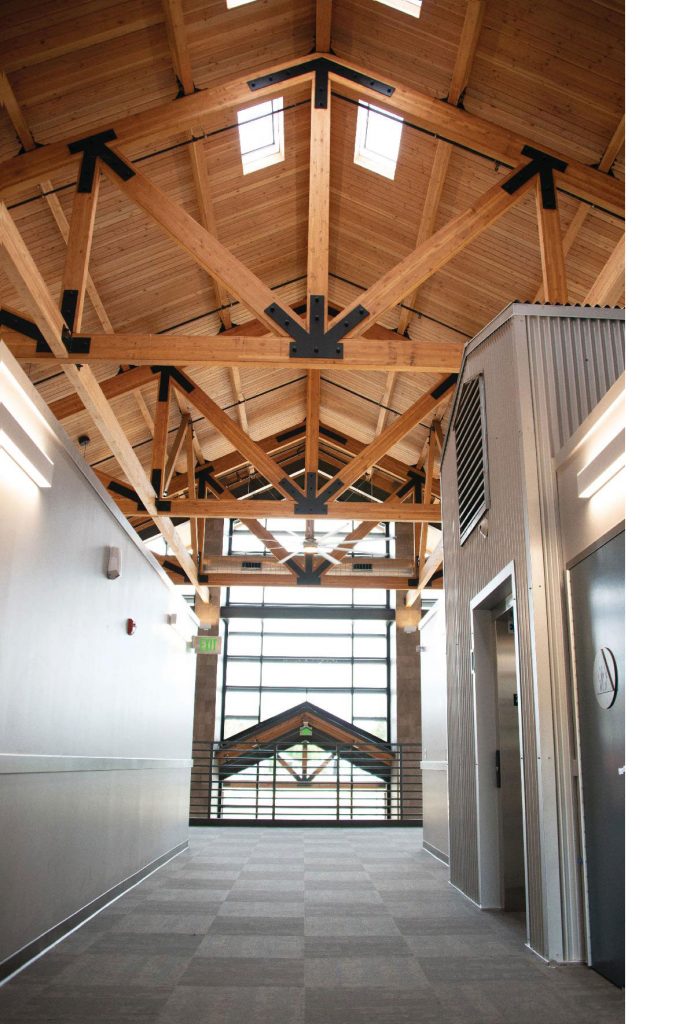 John anticipates that a Center graduate will have solid prospects for local employment at a starting salary in the range of $75,000 per year

Though now in an emeritus mode, John obviously still cares deeply about his senior passion. “I don’t always take the time to look back. We’re always focused on the future.” When gently prompted, he offers a wealth of field-tested insights.

Some Suggestions for Champions of Community-Service Enterprises

Some Judicial Reflections for Fellow Seniors Pursuing Our Passions

John says what brings him greatest warmth is going to places and seeing “our kids” working and being productive. “I stopped at a traffic light last year and a girl in the next car recognized Otto, my dog. She was obviously from the Ranch. She told me she had a job now but had raised her sights and was also completing nursing school. As she drove off, she shouted out, ‘Rancho Cielo, Class of 2016!’ ”

Sincere thanks to Susie Brusa, Rancho Cielo CEO, for research guidance and photos. Thanks also to Lynne Weatherman and Boots Road Group for use of the Taylor-Center interior photo.

To learn more about this inspirational program, visit ranchocieloyc.org. If you’re in the area, check out a Friday-evening gourmet dinner at the Culinary Academy.

Full Disclosure: John Phillips and I were law-school classmates at UC Berkeley. We’ve been reanimating our hibernating friendship since our 50th Class Reunion. RBS.