Sometimes we wonder if an ordinary individual – leaving aside emperors and prophets – can truly have an historical impact. Eliza Tibbets is proof positive.

In 1873, this Washington D.C. suffragette and spiritualist, recently relocated to the West Coast, implored a friend back in the national capitol to send young trees for her Southern California garden. Not just any friend; and not just any trees. Her acquaintance was William Saunders, Chief Botanist at the U.S. Department of Agriculture. And his exotic imports were Brazilian oranges Saunders was zealously cultivating in a greenhouse on the Mall. “The lady,” as he called her, was persistent and persuasive; she got two trees. The transplanted specimens thrived in Riverside’s soil and climate, despite being reputedly irrigated with Eliza’s dirty dishwater. Almost immediately, her back-yard fruit were winning prizes and renown at local fairs and regional expositions. 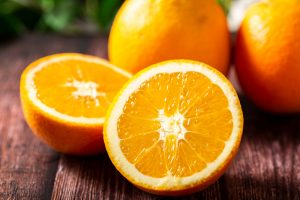 Within a decade, 250,000 of these hybrids had been planted in Riverside alone. The accelerating agribusiness boom benefitted from a remarkable conjunction of breakthroughs. In 1885, the first damming of Big Bear Lake in the San Bernardino Mountains directly above Riverside enabled the piping of water to irrigate the citrus groves. The following year the Santa Fe Railway added a Riverside stop-over to its route, primarily to load and ship navels East. By the mid-1890s, inspired local inventors had developed an automatic fruit-washing machine, anti-frost orchard heaters and refrigerated freight cars. By 1900, California’s previously dominant wheat production had collapsed, the combined result of depleted soil and intense competition from Canada and Russia. The frontier State’s farmers and financiers needed a substitute crop, and fast. By the turn of the century, Riverside had expanded into Southern California’s leading metropolis, with the highest per capita income in the entire nation. The ambitious backyard gardener had launched an agricultural revolution.

* With thanks to Google, Wikipedia, themissioninn.com, AAA and generous local informants.

If Eliza Tibbets provided the spark to ignite Riverside’s agricultural boom, Frank Miller erected the edifice to attract and accommodate that boom’s investors, along with well-heeled Easterners and Europeans seeking winter sun. A determined visionary, Frank commissioned an imposing four-story hotel in 1902, encompassing the far more modest adobe boarding house raised by his father 25 years before. Frank’s architect, Arthur Benton, took his stylistic inspiration from California’s San Gabriel and Carmel Franciscan Missions, adapting features and motifs embracing arcades and gardens, turrets, bell towers, flying buttresses, ceramic tiles and wrought-iron balconies. With an eye for publicity and self-promotion from the outset, Frank succeeded in attracting President Theodore Roosevelt to inaugurate the Grand Opening in 1903, ceremonially replanting one of Eliza’s twin specimens in the hotel courtyard. (It survives today, over a century later.)  Eventually, nine other presidents would sleep in the Inn’s Presidential Suite. Members of multiple foreign royal families added further glamor to the guest list. A canopied arcade extended several blocks to the Santa Fe Station so arriving celebrities would not have to cope with intensive sunlight. Riding high, Miller tried to impose design conformity on all downtown Riverside buildings, especially those directly adjacent to his arcade. This was hubris spilling over into domination for neighboring property owners. Mobilized by Julia Morgan, well-connected architect of the affected YCWA building, the neighbors successfully resisted this overreach.

Frank kept expanding his showcase until his death in 1935, directing a series of architects to transform the Inn’s Mission-adobe origins into grandiose Spanish Renaissance. Three more wings pushed the eclectic compound outwards to occupy an entire city block. Multiple courtyards created shady interior spaces, while two imported Spanish chapels, a five-story spiral staircase, and prominent displays of collected art and artefacts reflected the owner’s passion for the exotic and ornate.

As is often the case with inspired indulgences, the hotel experienced a dramatic decline following its founder’s demise. The Great Depression accelerated this collapse. Automobile freeways replaced train travel, and Palm Springs displaced Riverside as the inland destination of choice. Not until 1993 did the Inn finally reemerge in an approximation of its former glory. As the anchor of a downtown revitalization, it’s now surrounded by pedestrian promenades, boutiques, inviting museums and an adjacent Convention Center. Weddings, school proms, an annual Festival of Lights and block-booked conventions generate high-occupancy, energy and revenue for the hotel. Today a cherished up-scale magnet for knowledgeable and romantic travelers, the Inn offers 240 rooms and suites, no two alike. Our fey example featured two alcoves, an original oak door and a massive bay window inlaid with stained-glass medallions.

UP AND OVER: From Riverside to Tejon Pass