Probably no subject commands as much senior attention as aches and pains. Ailments and appointments dominate our conversations and our calendars. One friend says that his circle is so exasperated by this preoccupation that they’ve reserved the first 10 minutes of every gathering for medical show-and-tell. After that flurry, the topic is off-the-table. They’ve labeled these roundtable riffs “organ recitals.”

Our blog will return to health issues more than once as we pursue Agile Aging together. Two initial posts in this domain are devoted to contrasting but hopefully complementary contributions: an expert’s refreshingly candid advice on how we seniors can maintain our mental health (September 30); and a profile of a fellow retiree courageously confronting reduced mobility after a debilitating stroke (October 15.)

By Robert Collins, MD
[Now retired in central Oregon, Dr. Collins served for 15 years as Chairman of the Department of Neurology at UCLA Medical Center. This essay is condensed from an informal talk he delivered in Sisters, Oregon earlier this month.] 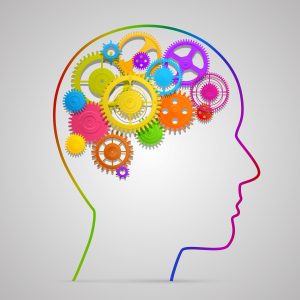 First of all, I need to sweep away several phony secrets that come to us from the industry of false hope – brain-enhancing nutraceuticals and drugs.

Here’s a typical advertisement currently on television: Take prevagen daily and experience improved memory, a sharper mind, and clearer thinking! Or gingko biloba, ginseng, vitamin B and E, green-lipped mussel oil, omega-3 fatty acids. Or a new pharmaceutical called “Senior Moment,” another called “Focus Factor,” this one to be placed twice a day under the tongue. Most of these miracle drugs are simply combinations of vitamins, amino-acids and lipids.

Here are the wonderful names of the “Top Brain-Enhancing Supplements”: Provasil, Neurofusion, circuforce, cognitex, mind matrix, brain smart.” The Number One supplement is Ceraloft, which is a concoction of ginkgo biloba, phosphatidylserine, St. John’s wort, glutamine, bitartrate, bacopin, glutamine, vincopectin – all previously determined to be without effect. Ceraloft is like a batch of subprime mortgages bundled together and hence declared of value. Prevagen, for example, is a protein from jellyfish. However exotic it may sound, this protein, like all proteins, is digested in the gut into many different amino acids which are then individually absorbed. The protein itself never enters the body. Its claims for improving memory are fraudulent. The FDA is investigating Prevagen.

How do these products make money? First, the company’s main marketing tool is to convince the elderly that forgetting a name, the day of the week, or where you left your keys are signs of impending dementia that can be corrected. Second, they submit testimonials as scientific data. Finally, they use (pay for) celebrity endorsements, e.g., presidential candidate Ben Carson endorsing Mannatech’s anti-cancer product Ambrose. This is a plant product of glycoproteins and polysaccharides that are not digested until they reach bacteria in the large intestine, where they promote flatulence. The Attorney General of Texas is investigating Mannatech.

There are two additional scientific reasons not to take these nutraceuticals and drugs. First, remember that you have trillions of synapses, each with hundreds of molecules always in action, always changing. The notion that you should take blinko balboa to improve the normal work of healthy synapses is foolish. There is no proven performance-enhancing drug for the brain. Note should be made, of course, that there are many drugs that come to the rescue of abnormal synapses in diseases such as Parkinson’s with L-Dopa; Alzheimer’s with Aricept (elevates acetylcholine); depression with Prozac (elevates serotonin.)

Second, most of this chemical junk that is being marketed won’t even get into the brain should it get past the gut. Evolution has wisely put a barrier between the blood and the brain to keep most junk out. Compared to all other capillaries in the body, the brain’s capillaries are sealed shut by tight junctions. For example, if I were to inject a blue dye intravenously into my arm, my skin would turn blue, as well as all my muscles and organs. But not my brain. The dye can’t get in. For a molecule to reach the brain, it must either be transported by a carrier into the brain (glucose, vitamins, essential amino acids, etc.) or be highly lipid-soluble, like, oops, heroin.

Are there any secrets for a healthy brain that work? There answers come from the category of common sense, are well- known, self-evident, and don’t need to be tested:

Finally, are there any scientific secrets that are emerging on the horizon?

Brain Games: Lumosity, Neurobics, Neuronix, Cogmed and Happy Neuron. You must pay to play these games on your computer, or you can buy the app, book, T-shirt, etc. There are games of math, words, color associations, mazes, etc. Do they work? Yes: you get better at playing Lumosity games of math, words, color associations, etc. Lumosity keeps your score and you watch yourself get better, maybe even getting a spritz of dopamine. However, all these games teach to the test. And rigorous independent studies have found no crossover between these games and activities of daily living. Playing Sudoku makes you better at Sudoku but not math, remembering names, or where you left your keys. Lumosity has been fined $2 million by the FTC for false advertising and is required to return subscription money.

In the end, it comes down to personal choice. You can put your couch-potato brain to sleep and who cares? But know this – inactivity, isolation and loneliness are risk factors for cognitive decline and depression. Or you can choose to lead an active and stimulating brain life, with an engaged intellect and a learning-memory system that grows and gives you pleasure.

But let’s ask the tough question: does the couch potato get Alzheimer’s Disease? There are two sources of useful information. The first is observation of behavior knowing how Alzheimer’s differs from age-related changes.

The second way to tell is to visit a physician who can perform the Mini Mental Status Exam (MMSE). If this is abnormal, an MRI scan and blood tests will be helpful to rule out strokes, a tumor, vitamin deficiency or hypothyroidism.

Finally, the couch potato may have the early pathological changes of Alzheimer’s in his brain with no cognitive or behavioral deficits. How is this possible? Neuropathologists from many centers have reported finding early Alzheimer’s brain changes in normal elderly. These findings and other studies (The Nun Study) have promulgated the concept of “cognitive reserve.” Six factors have been identified from population studies that enhance cognitive reserve that act to resist, or “work around” the neuropathological process. These people are the ones who don’t succumb to Alzheimer’s and develop symptoms until very late in life, often at 85.

Let me conclude this discussion with a few operational takeaways.

Ten Secrets for a Healthy Brain 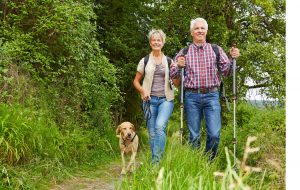 [As a bonus, Dr. Collins offers us two complementary postscripts.]

“If the brain is to stay healthy, it must remain active, wondering, playing, exploring, and experimenting, right up to the end. Such activities or dispositions may not show up in functional brain imaging or, for that matter, on neuropsychological tests, but they are of the essence in defining the health of the brain and in allowing its development throughout life.”

Oliver Sacks, Everything in its Place

Almost 100 years ago, the psychologist Jean Piaget postulated four stages in the cognitive development of children up to adolescence. Approximately 75 years ago, the psychologist Erik Erikson focused on adolescence and defined the ‘identity crisis’. He proposed that maturity after the age of 50 was characterized by polarities of generativity vs self-absorption, and integrity vs despair. Up until recently, the dominant views of aging found in popular writing have included ‘over the hill, out to pasture, and the twilight zone.’ The brain was thought to start deteriorating after age 50, losing thousands of neurons a day progressively causing a slow body with a feeble mind

NOT SO! says psychiatrist Gene Cohen, M.D., Ph.D. As one of the nation’s leading gerontologists, he studied hundreds of healthy elderly people over long periods of time. He found that brain and behavior continue to learn and develop through four phases. He calls this “the positive power of the aging brain.”

Phase I: Midlife Re-evaluation (age 40 -> 60). People confront their mortality for the first time and begin to develop new plans and actions – a quest more than a crisis.

Phase II: Liberation (age 55 -> 70). People ask, ‘if not now, when?’ Semi-retirement and retirement offer time to experiment with new experiences. With a new sense of freedom, people speak their minds and do what they want.

Phase III: Summing up. (age 65 -> 80). People look back to find personal meaning in their life, to share their wisdom, to contribute to family and volunteer in the community.

Phase IV: Celebration (75 -> end of life). People desire to live well to the very end, providing a positive impact on family and community.

These stages in the elderly are supported by research in neuroscience. Recently, it was found that new cells are always being formed in the hippocampus, the brain’s gateway to memory. Additionally, new synapses are always being formed throughout the brain right up to the end of life – learning never stops. Although performance on ‘IQ’ tests are slower than before, given enough time answers are often accurate. Indeed, fluid intelligence (quick problem solving) is weakened, but crystalline intelligence, based on accumulated life knowledge and experience is preserved and improved. The question has been asked of evolution – why do humans live so long? The answer – so that the elderly can share the wisdom of their lives to enhance the health and survival of family, culture, and community.