I’ve been particularly impressed and encouraged by the blossoming of creative writing by fellow seniors. Retirement invites reflection. Isolation seems to have nourished a distinctive vintage.

I’d like to devote this month’s post to three diverse samples, reproduced with their authors’ permission. My hope is that these evocations may stimulate your own Agile Aging energies.

BE THE LIGHT
Bob Collins

Most seniors whom I know will not soon forget their experience of long-awaited inoculations shining light on the end of the coronavirus tunnel. Bob was kind enough to share his reaction and an “own-drummer” selfie. 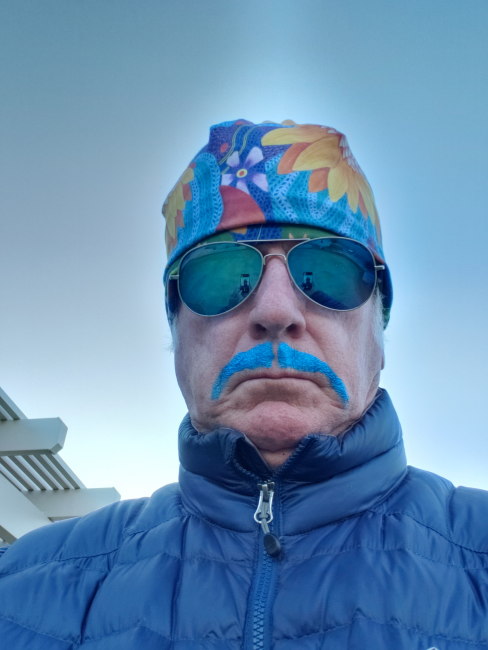 I had a very strong reaction to my [second] Covid vaccination today at the library. Two young men worked together on me. Valerie had just one young man for her injection – slam-bam and done. My shot took longer. Two dudes in blue garb and gloves – plastic masking. One stood and instructed the other on how to proceed. The one standing – a white dude. The one sitting, Hispanic, who did the deed. The complicated part seemed to be verifying and checking the paperwork. Pushing the vaccine in was smooth and easy. The whole event was a short adventure and well-executed. I felt gratitude and thanked them – and I thought and felt nothing of it.

That is, until sitting around our fire pit tonight I totally lost it, tears almost drowning the flames. What was this? It was as though the entire past year released its venom, but then, slowly, it revealed the way forward. This small-town vaccination event, barely over an hour per couple, was a sacred practice for us hominids, showing how if people care for people, teaching others how to care for people – that is what binds us together. This could be the light that the poet, Amanda Gorman, spoke about at the Inauguration.

We must be the light,

As a circle of our high-school classmates began corresponding by email in preparation for our COVID-delayed 60th Class Reunion, David paid his belated respects to a fondly remembered instructor.

As some of us may remember, Mr. Grant’s 10th grade English class had an assignment of a large term paper.  It was optional, but to get an A in the class, one had to do it.  I didn’t think I would get an A anyway, so I decided not to do it.  After all, I was 15, so any excuse not to do a paper was most attractive. At the end of the semester, Mr. Grant told me that I would have gotten an A, if I had done the paper, but it was too late, so there was no longer any incentive to do the work.

So, Mr. Grant, please consider the present opus as a substitute for the term paper.  Granted it is a little late – 62 years, but in view of the time lag I am not asking for a change of grade in your class. 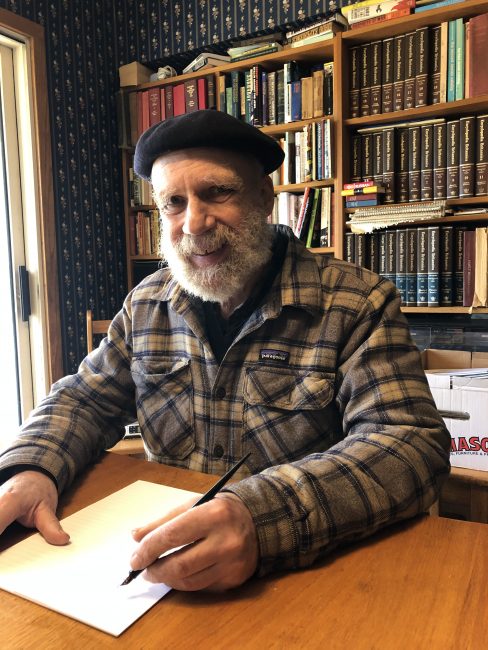 Actually the line of thinking that led to the present paper was a result of the current political situation in our country.   Politicians are as usual arguing with one another, but it seems that the arguments about most things, pro or con, are at a very low level.  We saw this in in our course when reading “The Autocrat of the Breakfast Table” by Oliver Wendell Holmes.  He wrote about what he called the hydrostatic level of controversy.  By this he meant that if one party presents a very low-level argument, the opposing party will respond at the same level.  Hydrostatic because still water seeks its own level.

Also we have in recent weeks heard a lot about building a wall along our southern border.  And indeed having studied “The Mending Wall” by Robert Frost, we might know what to expect from this too.  “Something there is that doesn’t love a wall.” And at the end of the poem, “Good fences make good neighbors.”

Another thing that’s been in the news lately is the phenomenon of global warming and the rising sees that result from it.  This was not foreseen in our course, but Longfellow almost got it as “The little waves with their soft white hands efface the footprints from the sands, // and the tide rises, the tide falls.”  Of course the problem for us today is that we’re out of balance – the tide rises more than it falls, so water covers more of the earth.

Mr. Grant also introduced us to Emily Dickinson, who lived in Amherst where Mr. Grant went to college.  A somewhat typical Dickinson poem is “This is my letter to the world// That never wrote to Me — // The simple News that Nature told — // With tender Majesty”. No wonder that Mr. Grant called her one of the three geniuses of American Literature.  The other two were Whitman and Poe.

When we studied Emily Dickinson we even went into a realm beyond the ken of most teenagers. “The Wounded Deer – leaps highest –// I’ve heard the Hunter tell — // ’Tis but the Extasy of death — // And then the Brake is still!”  At that age we didn’t think much about death, but Mr. Grant also introduced us to William Cullen Bryant’s poem, Thanatopsis, and pointed out that the author of the poem was about our age when he started writing it.

When thinking of our time at Harvard School, I recalled a number of things and they all turned out to be from 10th grade English.  Obviously that class had a great impact on me.

So I personally am very grateful to Mr. Grant for his lasting gift, and I would not be surprised if we all are.

ALL THE WAY
Bob Archer

A dozen college classmates were zooming last month, wondering how and where we might most like to travel once COVID restrictions let up. It was no contest: long-distance car trips won hands-down. Bob encouraged these armchair rumblings with notes from a prior expedition.

Tilda and I drove across the country from Washington DC to the Bay Area in August 2014. Here are some journal excerpts.

Creative writing was not the professional milieu of any of this month’s contributors. Before retiring, brain surgeon Bob Collins chaired the Department of Neurology at the UCLA Medical Center. David Ebin teaches mathematics at Stony Brook University. Bob Archer served as a USAID advisor for 25 years, reforming energy policies and systems in Eastern Europe and the former Soviet Union.

And for our May 31 post, FROM SEEDLINGS TO SURVIVORS,

here’s an invitation for Agile Aging subscribers and readers to exercise your own creativity by taking pen or keyboard in hand:

Conventional wisdom would have it that adulthood is when we mature into fully formed individuals – through higher education and careers, partnering and parenting. On our own at last, at 21 or thereabouts we set out to become our true selves. But as I complete my eighth decade, I’m intrigued by the degree to which, contrary to this template, we in fact end up close to where we started, recognizable remnants of our budding youth. While some of us elders undoubtedly changed direction once out in the world, I’m increasingly wondering how much the rest of us may largely remain the packages already assembled before we left home.

To explore this theme, I’d like you to join me in conducting an informal recollection and reassessment. Let’s take one measurement to test my unchanged-melody hypothesis. Can you identify and share with the rest of us one formative impact from your childhood or adolescence – an experience, encounter, institution or relationship – that still influences your senior self? If so, does that unbroken thread strike you as an anomaly or as evidence of a broader pattern of life-long continuity? (On the other hand, if you don’t detect any significant carryovers from your youthful self to your senior traits and values, by all means tell us that instead.)

300 words max; by May 10, please. Accompanying photos welcome but not required. This is a free-for-all; no grades or trophies will be awarded.

LET ME HEAR FROM YOU: